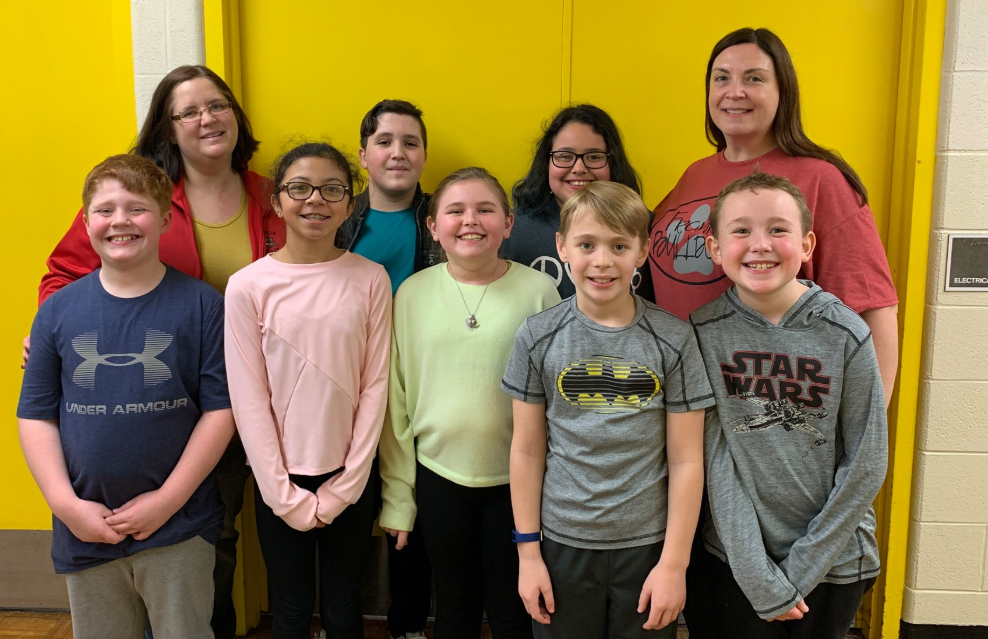 On January 29, 2020, the Franklin Elementary Science Bowl Team competed in the state Elementary Science Bowl competition hosted by Purdue University and the Indiana Association of School Principals.  Schools are divided into divisions based on their enrollment and grade levels represented on their team.  Results were posted and Franklin Elementary finished the competition in third place in the state for the red division.

There were 24 schools represented in this division.  The school will be awarded a plaque to display as well as certificates and ribbons to the team members. This is not the first time Franklin Elementary has been in the Top 10 standings at the competition.  In 2018, they finished in the Top 8.  Franklin had a team of 7 students representing the  4th and 5th grades. Team members include:

The contest consists of an online format with three rounds: team, experiment, and individual.  This year, teams were to study about cells.  During the team round, students had to be able to compare and contrast Eukaryote and Prokaryote cells and give examples of each, compare and contrast plant and animal cells, know all of the parts of a cell, where they are located and what their main function is, all without using notes or a computer to help them. In the experiment round, students were asked to extract DNA from a banana and explain why each substance was used in the experiment and what it did. During the team and experiment rounds, team members could discuss answers before choosing their final answer.  In the individual round, teams chose 4 students to compete. These students read a vocabulary rich science article about “Tuning Cells” and then had to answer questions based on the knowledge they have learned preparing for the competition as well as what they learned from the article.  Mrs. Wylie stated, “Reading the article was like being back in a high school biology class.  So much detail and vocabulary.  I can’t imagine reading and understanding any of it as a 4th or 5th grader.”   This year’s competition focused on science standards at the 7th grade level.

Mrs. Wylie had this to say about this year’s team, “These students put in so much work in preparing for the competition.  They came to practices 4 days a week before school started for 6 weeks.  Each day they were focused and ready to learn more. They took notes, made their own drawings, and came up with ways to memorize certain facts.  I couldn’t be prouder of these kids and how they handled such a hard concept.” Mrs. Kitchel stated, “This team is truly exceptional.  I was so impressed at how quickly and confidently they knew the answers.  These kids showed that hard work really does pay off.  When they found out the results, their faces were beaming with pride.”