This search form uses an instant search feature. As you type, search results will appear automatically below the search field. When you've entered you desired search terms use tab to navigate through the available results and hit enter to open the selected page or document.
EDIT MAIN

Just like there are different theories with the birth of Felix the Cat as the LHS mascot, the nickname the Berries has found itself shrouded in conjecture.

Until the mid-1920’s, the basketball team, along with the other sports except football, were often called the “Red and Black.” In addition, the basketball team was sometimes referred to as the “Wellsmen” after Coach Wells. From the early 1920’s until 1955, the LHS football team was known as the “Red Devils.” Due to some rivalry over the years among teams at LHS in having two nicknames, Berries and Red Devils, the “L” Club, an organization made up of boys who earned varsity letters in various sports, voted unanimously on October 3, 1955 to change the football name to the Berries. From that point forward, all sports teams at LHS were known as the Berries.

There is no definitive answer as to how LHS transitioned to the nickname Berries. The first known mention of “Loganberries” was found in a December 5, 1922 Pharos Tribune article. There was mention now and then up to the 1925-26 season. During the first part of the 1925-26 basketball season, the basketball team was still referred to as the “Red and Black.” During December of that season, the name Berries started to become commonplace in the local papers.

The real loganberry is a hybrid of a wild blackberry and red raspberry which was developed in 1881 by lawyer and horticulturist James Logan. According to the Pharos Tribune, weeks prior to the Feb. 8, 1927 dedication game of the new gym versus LaPorte, Kokomo Dispatch sportswriter, Jean Graffis, suggested that the new LHS Gym be called the “Berry Bowl.” This nickname was later adopted by the Pharos Tribune. In a February 3, 1927 Pharos Tribune article, basketball player “Lefty” Evans, acting on the team’s behalf, called the newspaper to inform that the team would be very pleased if the new gym was called “Berry Bowl.” The old “Berry Bowl” closed after the 1973 season.

Other theories say the name came from a popular saying during the 1920’s, “That’s the berries”, meaning that’s the best. Another theory says the name came from the Berry Patch, the former Logansport football field at Tower Park. That field did not open until the fall of 1929 well after the name was already being used. No matter what the actual story of when and how LHS became known as the Berries, alumni through generations that have gone on to college or moved away often get a similar reaction when people ask where they are from, “Oh, you guys are the Berries!” 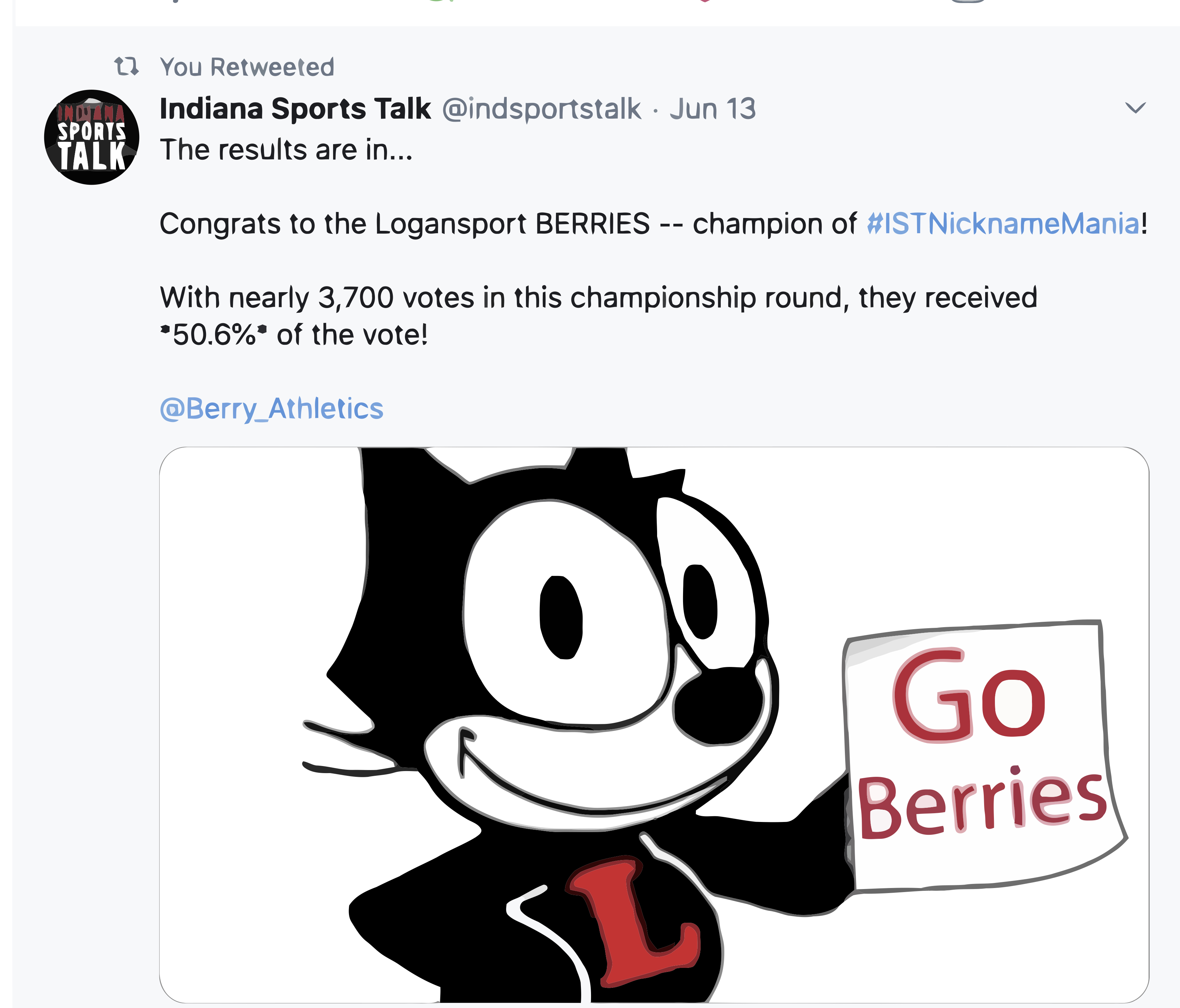